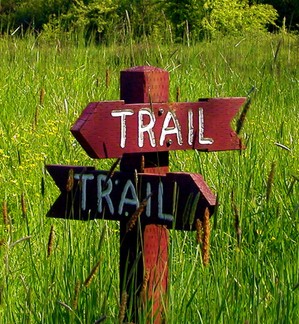 If you've read Flight School, you know that some of the "many choices" advertised on the cover are not of the simple right vs. wrong variety. For example, at once point Chris and Galen choose to go on to an appointment rather than return for a family crisis that they consider to be relatively minor. Did they do the right thing, or not?

Now, if there's one thing I'm not, in writing or life, it's a moral relativist. Where Scripture is clear, I think in black-and-white terms that would make Galen Gray very unhappy indeed. Right is right, and wrong is wrong. But where Scripture is silent or interpretation is questionable, I believe there's a good bit of latitude for each person's conscience to work (Rom. 14:14). (And yes, that applies to fictional consciences too.)

As I shared with a reader who asked about it, I don't consider the issue of Chris and Galen's appointment to be clear-cut. Depending on specifics, I could see either answer - go back or press forward - as being justifiable. But to me, moral justification isn't really the point. The point is the heart behind the choice. Chris's heart showed a loss of empathy with his family, and an increased focus on himself and what he wanted. Galen's heart showed a calculating willingness to use Chris for his own purposes. Neither of them felt much sincere regret about their choice. When Chris was sorry later, it was only out of disappointment with the result - and because Jessie put a guilt trip on him as only a little sister can do.

Scripture says that man looks on the outward appearance, but God looks on the heart. I believe two people can do the very same thing in the very same circumstances, and it can be right for one and wrong for the other - not because morals are relative, but because heart attitudes are different. I hope that's the message people will get out of the choices in Flight School.