After we released Flight School two weeks ago and began to get feedback from readers, one thing became immediately evident: people were confused by the "Mullerites" mentioned in the book. Not a few took the group to be a real-world denomination.

Two words to set the record straight: it isn't. 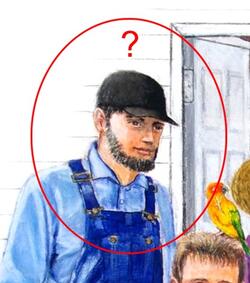 Let me repeat that: there is, to my knowledge, no such thing as a Mullerite in the real world. The group is loosely based on any of the distinctively Anabaptist churches in America. Think Amish, Mennonite, Hutterite, etc. - but don't think of any one above another, because I did not model the Mullerites after a specific sect. I modeled them after what I needed to illustrate the principle of keeping rules vs. walking in the Spirit. Any similarity between this group and a real one may not be coincidental, but it isn't meaningful either.

I apologize for any offense or confusion that may have been caused by this element of my book. I especially direct this apology to German Baptists, whose name came up incorrectly in the narrative due to a simple lack of research on my part. As Esther Filbrun was kind enough to point out in an email to me, German Baptist is its own specific denomination, not a super-umbrella group for all Anabaptists from mainland Europe as I had thought.

Thankfully, not all feedback on Flight School has been about mistakes and lack of clarity. Some of the reviews have been so extravagantly kind that I've to double-check whether we're talking about the same book. Some have raised very interesting questions as well, having nothing to do with confusion about fictional denominations.

As time permits and the Lord leads, I plan to address some of these questions in a series here on the blog, covering topics from courtship to apocalyptic scenarios to Leon Jaworski. If you're not yet subscribed to the blog, please consider changing that now. We have email and RSS for your convenience.